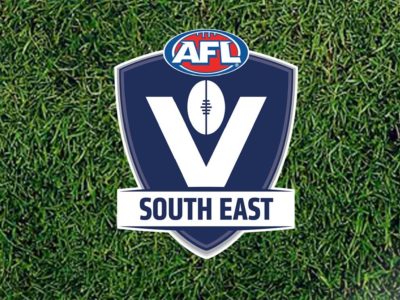 The 2020 MPNFL season hangs in the balance, with its future set to be evaluated later this month.

AFL South East head Richard Black, AFL South East CEO Shaun Connell, and officials from each of the 22 MPNFL clubs all met on 3 June to discuss the 2020 season. It was decided that a further evaluation would be held after an update from Premier Daniel Andrews, expected on 21 June.

A statement from AFL South East read “the regions club’s approach to a return to training over the past few weeks has seen strong numbers across junior, senior football and netball and is the first step to returning to competitive sport across the region.”

“Our consistent approach during these unique and challenging times has been to take advice from the federal and state government, our sporting bodies AFL Victoria and Netball Victoria, and to work collaboratively with our clubs to ensure the best path forward,” the statement read. “This will remain our approach, and we are fully aware of the importance of a safe environment for all participants involved and the ongoing sustainability of our clubs.

“We thank all member clubs and the community for their patience, and we take a positive approach to see football and netball being played under the AFLSE banner in 2020.”

It is understood that plans are in place to recommence the Mornington Peninsula Junior Football League on 12 July, unless the state government intervenes.

The junior season is expected to run for nine weeks with a three week finals period. Games may be played on Wednesday nights.

MPJFL Grand Finals are expected to be scheduled for Sunday, 20 September.

Late actor Heath Ledger was so adamant that 2005’s Brokeback Mountain be taken seriously, he refused to entertain those who made jest of the homosexual relationship central to the story, according to co-star Jake Gyllenhaal. Gyllenhaal recently revealed that the Oscar-winner refused to present at the 2006 Academy Awards due to a joke written into the ceremony’s opening monologue. “I mean, I remember they wanted to do an opening for […]