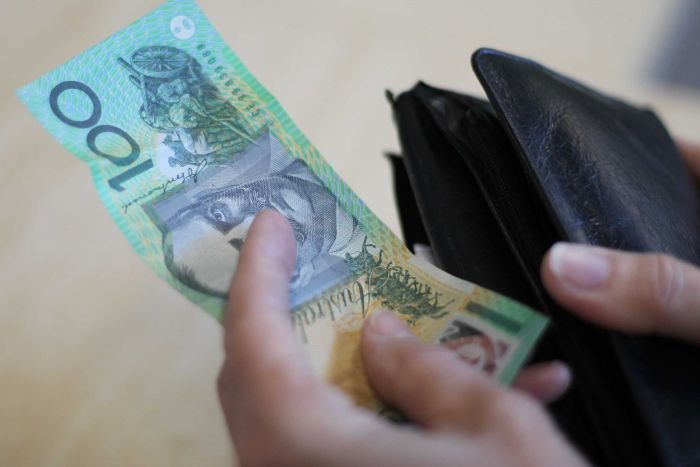 How would you feel if you were having a Zoom meeting with your accountant and they asked “would you like to save more than $5,000 in income tax over the next six months?”

While probably a bit sceptical (did I hear right? Maybe this technology is faulty? What’s the catch? Surely this is too good to be true?), you might be intrigued. You might even turn up the volume to make sure you hear the next bit.

What about if they followed up with: “It’s completely legal. The Australian government will be picking up the tab as part of the stimulus packages! Plus, you can do it mostly risk-free. But you do have to rearrange your financial affairs a bit, and deal with some bureaucratic hurdles.”

What the accountant would be referring to is a generous incentive that is on offer now over the next six months.

Here’s how it works

It is linked to the decision to temporarily allow the early release of $10,000 in super this financial year and $10,000 the next.

When Parliament approved the Coronavirus Economic Response Package Omnibus Bill 2020 last week, they put no new restrictions on how people could contribute into super.

This means that it’s possible to voluntarily contribute $10,000 of your pre-tax income into super over the next three months, and also apply to withdraw a $10,000 lump sum from super tax-free at some point before June 30.

But if you contribute through a salary sacrifice arrangement with your employer and stay within the concessional contributions limits, your voluntary contributions will be taxed at 15 per cent rather than your marginal personal tax rate.

When you pull out the funds from super, the withdrawal is tax free.

And, you will be able to do the same thing again between July 1 and late September.

In a working paper released by the Australian National Univerisity’s Tax and Transfer Policy Institute, we described these kinds of situations — where people assume a different legal form in order to receive a lower marginal tax rate — as “tax arbitrage”.

They are completely legal, and widespread.

Like other tax arbitrage opportunities, there are sizeable tax savings available from the pursuing of the super equivalent of the Hokey Pokey.

This chart illustrates the sums involved.

It applies to a very specific scenario: a working age individual who is on 9.5 per cent compulsory super contributions, has an annual salary below $158,000, has made no previous voluntary contributions to super in 2019-20, and who elects to make a “simultaneous” (within 2019-20) pre-tax contribution to and withdrawal of the maximum possible $10,000 from super over the next three months.

It suggests that, as long as an individual in this situation has an annual income of approximately $30,000 or more, there is a prospective tax saving from rearranging his or her financial affairs over the next three months.

The tax savings can be risk-free, if that’s what you want. If you were worried about the stock market falling further and taking away your contributions to super with it, you can direct your super fund to hold all new contributions purely as cash.

In all, it’s not a bad return for three (or six) month’s efforts — especially as it results purely from a change in legal fiction rather than any change in underlying economic activity.

Who can do it?

As always with these kinds of arrangements, the devil is in the detail, but there is a lot we already know.

First, the arrangements are targeted at those who have been adversely impacted by the coronavirus. On or after January 1, 2020, working hours (or turnover for sole traders) have to have been fallen by at least 20 per cent.

And it benefits those willing to embrace the bureaucratic hurdles (or outsource the embracing to their accountant). Consistent with Australia’s self-assessment tax system, the onus is on the applicant to certify that they qualify.

The Tax Office will then make a determination that the funds be released by the super fund.

There appears to a fair bit of discretion left to the ATO as to what impacts from coronavirus will be considered sufficient.

One thing that isn’t clear is what the base period for comparison is, although some examples provided by Treasury compare outcomes over a month in 2020 against the average over the six months at the end of 2019.

The second key condition is you need to be fortunate enough to hold on to a job providing you with taxable income (or if you are self-employed, generating pre-tax income) of up to $10,000 over the next three, and maybe six, months. The new JobKeeper wage subsidy will help.

And you need to be able to handle the “cash flow” gap — between when you start salary sacrificing income (which reduces take-home pay) and when your super fund is able to release the income to you.

But sole traders whose business is suspended and are ceasing earning income may not be able to do so.

The third key condition is you need to have enough assets in super to be able to withdraw $10,000 per quarter for the next six months.

Taking it all together, a (probably unintended) consequence of the super changes has been to create a sizeable tax loophole for those who are relatively mildly impacted by the coronavirus, still earning taxable income, and have the financial capacity to salary sacrifice into super.

While it might initially sound like a niche opportunity, it could be of interest to a significant number of the estimated 6 million recipients of the JobKeeper payment.

The people who benefit will probably welcome their windfall. Some might, quite reasonably, point out that they should be expected to pay only the minimal tax legally applicable

They might even invoke the spirit of Kerry Packer.

At a system-wide level, though, this sort of tax planning is grossly unfair and leads to a tax system that is less efficient, more complex and less sustainable.

Income tax is easily the most important source of Commonwealth government revenue.

Loopholes in it feed through into company tax revenue through refundable imputation (something Labor tried to wind back in the 2019 election). There is no inheritance tax. And the main consumption tax is set at a low rate, is far from comprehensive and doesn’t fund Commonwealth government spending.

We ought to worry about actions that erode the collection of personal income tax.

The policy process has moved astonishingly quickly in the past three weeks. There were always going to be mistakes, and during a recession its often wise for decision makers to not let the perfect become the enemy of the good.

But equally, we must safeguard against details that are objectively bad.

Now we’ll see how the government responds to error.

Getting To Know You – RPPV

THE MORNINGTON PENINSULA – DISADVANTAGE, HOMELESSNESS AND POVERTY Welcome to this the second series of “Getting to Know You” – and the first to be televised. My name is Gavin Williams. The Mornington Peninsula is a lovely part of Australia. Its beautiful countryside, beaches, vineyards and wines, as well as its restaurants and fine food attract huge numbers to live and to holiday. There is, however, another side to the […]