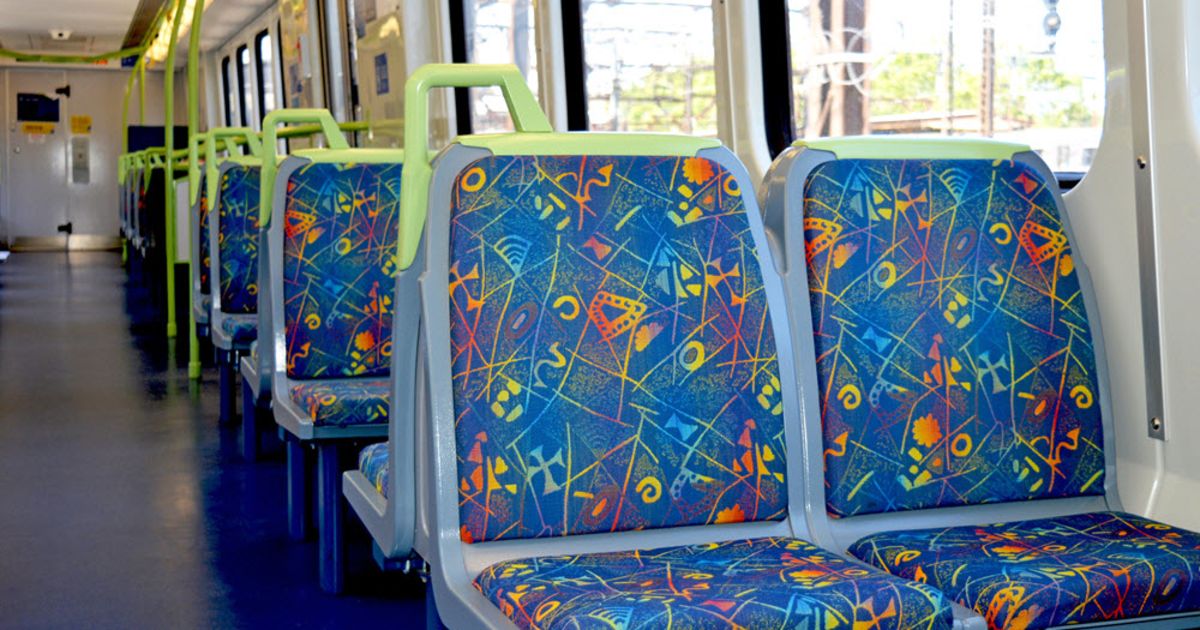 The front row of seats on Melbourne’s trams and many buses will be out of bounds to commuters, and inquiry holes on tram driver cabins will be sealed in a bid to protect drivers from the coronavirus.

But the Rail, Tram and Bus Union is calling for stricter measures for front-line transport staff which are already in place in Europe, such as installing a cordon around the driver’s cabin on older trams and requiring passengers to use the rear doors.

The union also wants more clarity on how staff should be handling Mykis and cash across the public transport network, with transport workers in NSW, ACT and in New Zealand now refusing to accept cash.

Gloves and hand sanitiser have been shared with transport staff, but these resources are running low. Many drivers are wearing gloves and using disinfectant sprays to wipe down surfaces in their work stations.

Social distancing rules requiring a minimum of four square metres per person in indoor gatherings are not being enforced on public transport at this stage, but Yarra Trams has installed signs telling commuters they cannot sit in the front row to “help keep your driver on the road”.

The operator has already sealed off inquiry holes in 50 of Melbourne’s trams with plastic tape and will roll this out across the rest of the fleet.

Meanwhile, Metro is understood to be developing “pandemic leave” policy, which would require unwell staff or those in quarantine to exhaust their sick, carers and annual leave, before they are granted 10 additional days of paid leave. This has not yet been finalised.

The Transport Department is negotiating with the operators in a bid to achieve consistent leave entitlements across V/Line, Metro and Yarra Trams.

The secretary of the union’s tram and bus division, Tariq Koc, said workers should not be forced to use their own personal leave if they fall sick with the virus or services are reduced: “They should be paid as per their roster, or worst case scenario, just their base rate.”

Yale Zhuxiao Wong, a research associate at Sydney University’s Institute of Transport and Logistics Studies, said stricter measures had been introduced overseas to protect drivers and commuters from infection.

Floor markings were introduced to maintain safe distances between commuters while they waited for transport in parts of China and Europe, while buses were filled to no more than 50 per cent capacity in China.

Transport operators contracted by the Victorian government to run the network are not given incentives “to go above and beyond for passengers”, unlike other industries such as retail, Dr Wong said.

“We’ve been sitting on our hands for the past two weeks.

“Transport operators are only following the government guidelines, they’re doing as much as they need to as a compliance thing as part of their contracts.

“It’s very important the drivers who are at the front line aren’t infected. It could mean the entire depot could be infected.”

A Transport Department spokeswoman said operators were ramping up cleaning and safety measures on public transport to curb the spread of COVID-19.

“The Department of Transport and public transport operators are putting in a raft of measures to protect employees and passengers in line with expert medical advice.

“We continue to encourage those Victorians who are travelling to practise social distancing and avoid travelling during peak times.”

Salon Envy is open. Jaki says; “We are here to save you from box dye and your own clippers! Our salon is following all health and safety precautions and guidelines to keep everyone safe.” Do you need to let your customers know you're still trading? Do you have information to share during these challenging times? Send us a photo and your message and we'll post a free shout out! Email: sales@rppfm.com.au […]