A fundraiser for nine-year-old Quaden Bayles, who told his mother in a heartbreaking viral video that he wanted to die after being bullied at school, has reached over $US300,000 ($A506,000).

The enormous sum, raised to help send Quaden and his mother Yarraka Bayles to Disneyland in the United States, comes after an outpouring of support for the young boy from high-profile celebrities, journalists and sportspeople across the world.

Today the schoolboy will lead out the NRL’s Indigenous All Stars team at Robina Stadium as they prepare to face their annual showdown with the Maori All Stars on the Gold Coast.

“He’s got to go find his footy boots and make sure that he’s fit and healthy to do the honours tomorrow.”

Quaden is a Murri boy who lives with Achondroplasia, a common form of dwarfism.

Ms Bayles said it was his dream to be a footy player, but he knew it wasn’t a reality for him.

“These uncles of his and our brothers and cousins are living the dream that he only dreams of,” she said.

“This is the closest thing for him to be able to get out on that field for him to play football. And if all he can do is run the boys out then that’s enough for us.”

In the distressing video shared by his mother on Thursday, Quaden was in hysterics as he cried: “Give me a knife – I want to kill myself … I just want to die right now”.

“This is the impact that bullying has on a nine-year-old kid that just wants to go to school, get an education and have fun,” Ms Bayles said.

Walker told reporters on Friday that seeing the footage hurt the team “in so many ways”.

“We thought very quickly about what we can do to lift his spirits first and foremost and one of the vehicles in Aboriginal communities is rugby league,” he explained.

“This game is a very important game within those communities, so what better way to get Quaden down here on the Gold Coast, be apart of the team, lead us out like the young warrior he is and show him that we love him, that the broader community loves him and he’s doing a wonderful job in standing up to this kind of behaviour.”

Quaden will walk out hand-in-hand with Indigenous All Stars captain Joel Thompson when the team runs out onto the field on Saturday night. 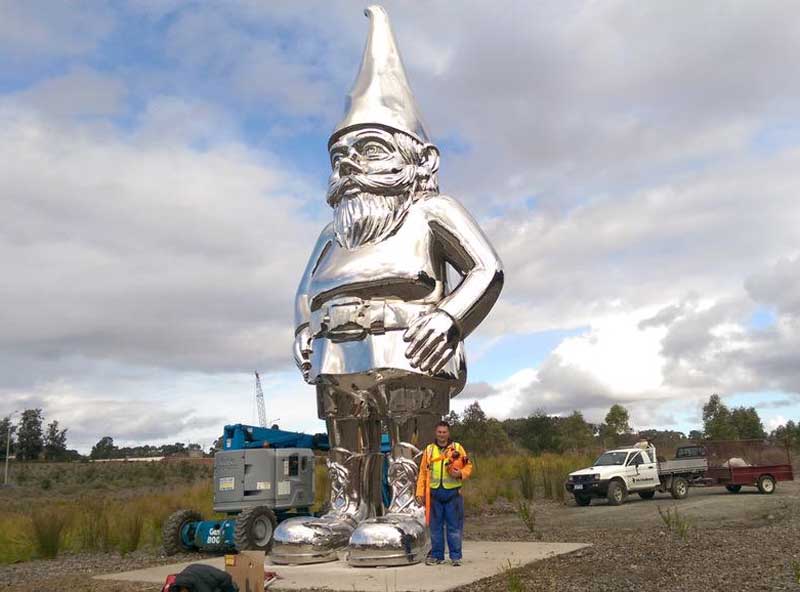 Following his world adventures, everyone’s favourite chrome gnome, Frankie has returned home to Frankston City.  In early February, Frankie announced via Frankston City Council’s Facebook page that he had signed a four year lease on a brand new plinth located on the corner of Hastings Road and Moorooduc Highway, adjacent to Monash University. “When I arrived back in Frankston City following my world travels, to be honest I felt a […]