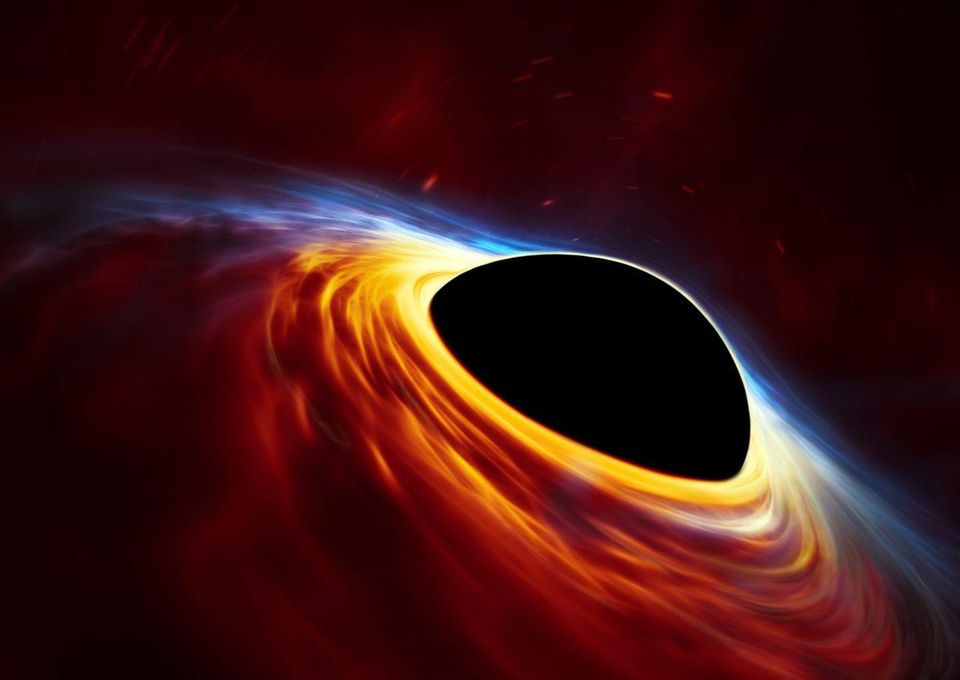 Astronomers have discovered a supermassive black hole 390 million light-years away that produced the biggest explosion the universe has ever seen.

The black hole responsible for the blast came from a cluster of galaxies and forged a crater that could hold 15 Milky Way galaxies.

The findings are contained in a new paper published in the Astrophysical Journal on Thursday.

Lead author and US Naval Research Laboratory astrophysicist Simona Giacintucci said the explosion carved the crater out of hot gas in Ophiuchus cluster of thousands of galaxies.

That cluster contains a large galaxy at the centre, which has a colossal black hole.

Black holes draw matter in as well as blast out jets of material and energy.

The explosion is reportedly five times larger than the next biggest.

Astronomers used NASA’s Chandra X-Ray Observatory to make the discovery, along with a European space observatory and ground telescopes.

Chandra images first revealed an unusual curved edge in the Ophiuchus galaxy cluster in 2016, but scientists ruled out an eruption as the cause because they didn’t think it could have been powerful enough.

But when combined with radio data from telescopes in Australia and India, they confirmed the curvature was part of a cavity.

“The radio data fit inside the X-rays like a hand in a glove,” co-author Maxim Markevitch of NASA’s Goddard Space Flight Center said in a statement.

“This is the clincher that tells us an eruption of unprecedented size occurred here.”

The blast is believed to be over by now as there are no signs of jets shooting from the black hole.

But the authors said more observations were needed in other wavelengths to better understand what occurred.

William Kelly, widely considered the social conscience of Australian art, once said, “art can’t stop a bullet, but it can stop a bullet from being fired.” Can it? 60 years ago there was the threat of nuclear confrontation, racial violence, sexual tensions, and a conflict in the Middle East. A coalition of Western powers led by the USA dropped thousands of bombs and civilians were the victims. Today, nuclear warheads […]