William Kelly, widely considered the social conscience of Australian art, once said, “art can’t stop a bullet, but it can stop a bullet from being fired.”

60 years ago there was the threat of nuclear confrontation, racial violence, sexual tensions, and a conflict in the Middle East. A coalition of Western powers led by the USA dropped thousands of bombs and civilians were the victims.

Today, nuclear warheads are being fired over Japan, stress, fear and terror around the world is escalating. It’s a time of civil wars, terrorist attacks, and of refugees in crisis, ethnic, religious and racial conflict.

Things have come full circle with assaults on human rights, social justice and free speech that attempt to crush the voices of journalists and artists. Circumstances that permeated both America and Australia in the past have returned. Forces that led to the rise of fascism and the fear that gripped the ‘Cold War’ era are now creating a chill again.

Kelly’s personal journey is from a poor, violent family life in New York State where he was in a gang as a youth, to receiving an Australian Violence Prevention Award from the Prime Minister and a Courage of Conscience award in the USA – an honor shared with Martin Luther King Jr, Rosa Parks, Muhammad Ali and John Lennon. This journey is the “back story” to the creation of art, by him and by others, that is powerful enough to effect change like Picasso’s “Guernica”.

While using his monumental artwork “Peace or War/The Big Picture” as its central theme, the film explores the ideas and actions of those who have been part of Kelly’s journey from Nobel Prize winners to actor/activists such as Martin Sheen and photographer Nick Ut whose famous ‘Vietnam Napalm’ photo is credited with helping end the Vietnam War.  Their discussions highlight the fact that we continue to make the same bad judgments over and over when we enter wars, and it gives us passionate insights into the views of artists who have taken a stand, and sometimes paid the price.

This documentary encompasses people, places and events from every continent – from Hiroshima, London, Geneva and indigenous artists in Australia. The film spans a dynamic social and historical landscape.

Kelly is credited with “redefining humanist art,” and is an internationally recognised and respected artist, but most importantly he is a peacemaker. “Peace or War/ The Big Picture” is the culmination of a life’s work and is unveiled at the magnificent State Library reading room in Melbourne before an exhibition in Guernica, Spain. It is William Kelly’s big picture in a literal sense and in a metaphorical one too.

The documentary is indeed about the big picture … not just our past, but also our shared future, and it couldn’t be more timely.

“William Kelly’s Big Picture”, is all about contributing to a discussion about world peace that may help to reduce the possibility of further wars in the world, as well as demonstrating a range of beautiful artworks (visual, musical and performance art) relating to peace and human rights from around the globe.

“Breaking the silence and speaking truth to power is the job of the film-maker, something that’s perhaps needed more today then ever before” 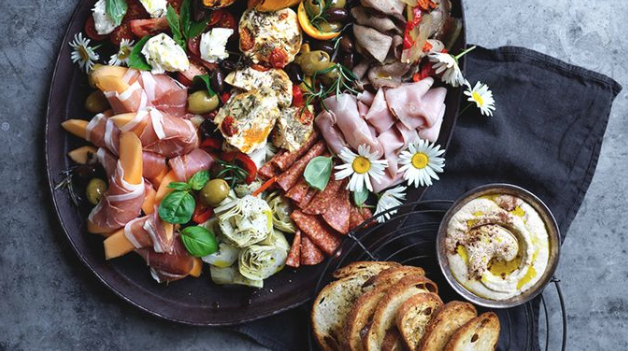 Nailing a MAFS wedding-worthy grazing board

Not all grazing boards are created equal. Some position chocolate next to the cheddar, celery next to the strawberries or – worst of all – don't provide enough cheese (for shame!). Platters are an art that can take years to perfect, but lucky for us, we've got the catering queen herself, Simmone Logue, to give us her top tips on how to do grazing boards right, just like those swoon-worthy ones […]