Diana, the musical about the late Princess of Wales, will debut at Broadway’s Longacre Theatre in March, following a successful run in California’s La Jolla Playhouse last year. Opening with the royal wedding in 1981, the musical focuses on Diana’s relationship with Charles, his affair with Camilla Parker Bowles, and the constant media scrutiny surrounding the princess in the spotlight.

“Following her fairytale union, Princess Diana faces a distant husband, an unmovable monarchy and constant media scrutiny. But her unabashed honesty, modern perspective and gentle compassion galvanises a nation, even as it threatens the royal family’s hold on England,” says the synopsis.

“To bring Diana to life onstage is obviously a huge privilege,” de Waal told Marie Claire. “I feel very daunted by the prospect, but I hope people who didn’t know about her and weren’t aware of her journey leave the theatre with an idea of what she did for the world. She made everyone feel special, from the highest person to the lowest-ranking person, and I think we want to celebrate her.”

There’s rarely a time when Diana isn’t in the spotlight but now seems particularly timely the relentless press pursuit of Meghan Markle, and the news that Meghan and Harry are attempting to distance themselves from the monarchy.

Previews of Diana on Broadway begin on 2 March, and the official opening night is 31 March. The team includes writers Joe DiPietro and David Bryan, who were behind the Tony Award-winning show Memphis, and director Christopher Ashley, who won the Best Direction Tony for Come from Away. 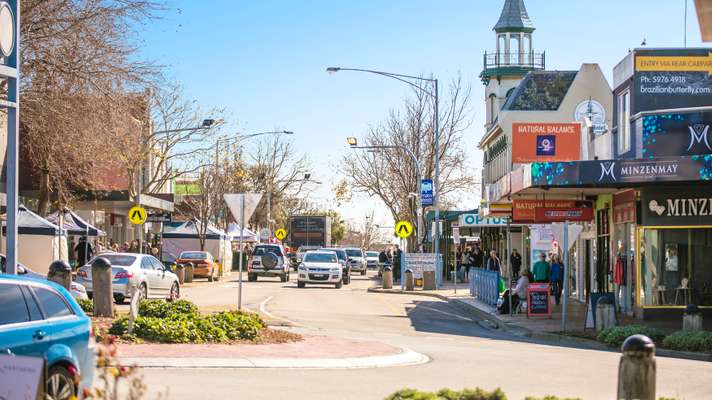 Police out in force

More police are out on Main Street, Mornington in a bid to stop potential antisocial behaviour and alcohol-fuelled violence near pubs, clubs and restaurants. Mornington police say they will conduct more foot patrols, more venue walkthroughs, and more engagement with the public to “ensure patron and venue staff safety”. They will focus on Uber pick-up points and take a zero-tolerance approach to any anti-social behaviour. Anyone involved in alcohol-fuelled violence […]