Australian Olympic legend Sally Pearson has revealed that she is pregnant.

The gold medal-winning hurdler made the announcement by posting a photo of a pair of tiny baby shoes on a track, next to her own running spikes.

Pearson said in August last year that she and her husband Kieran would ‘love’ to start a family soon.

‘Obviously we’d love to have kids but we’re not sure when yet. I’m still very selfish … I’ve still got an athlete’s head on,’ she told The Sunday Mail at the time.

‘I think for both of us it’s about recovering from this whole 20 years of being involved in the sport and getting over retirement before we make any big life decisions like that (having children).’

Pearson retired from sport last year because of injury.

She has been invited by national and international athletics to have mentoring roles at the upcoming World Championships and the Olympics in Tokyo.

She said she was keen to help Queensland secure the 2032 Olympics, and would be interested in working as a television commentator. 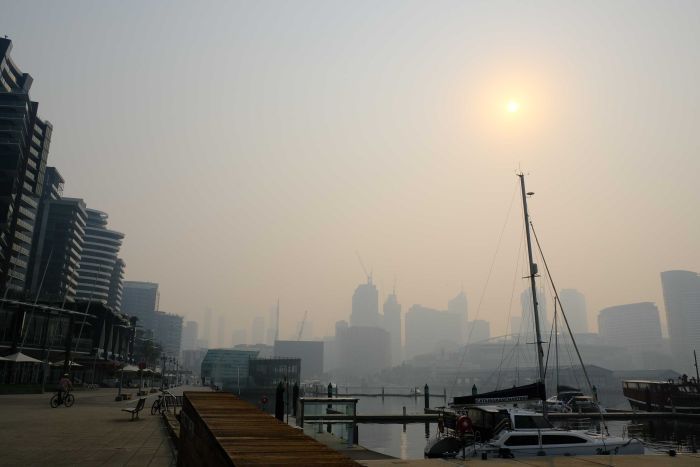 The air quality in Melbourne's suburbs has dropped to the worst-rated level today, as smoke from bushfires in East Gippsland and the north-east continues to blanket the state. The pollution has forced pools and beaches to close, horse races to be cancelled, construction workers to abandon outdoor work and caused concerns about the welfare of tennis players at the Australian Open. One emergency-level blaze is burning near the East Gippsland […]