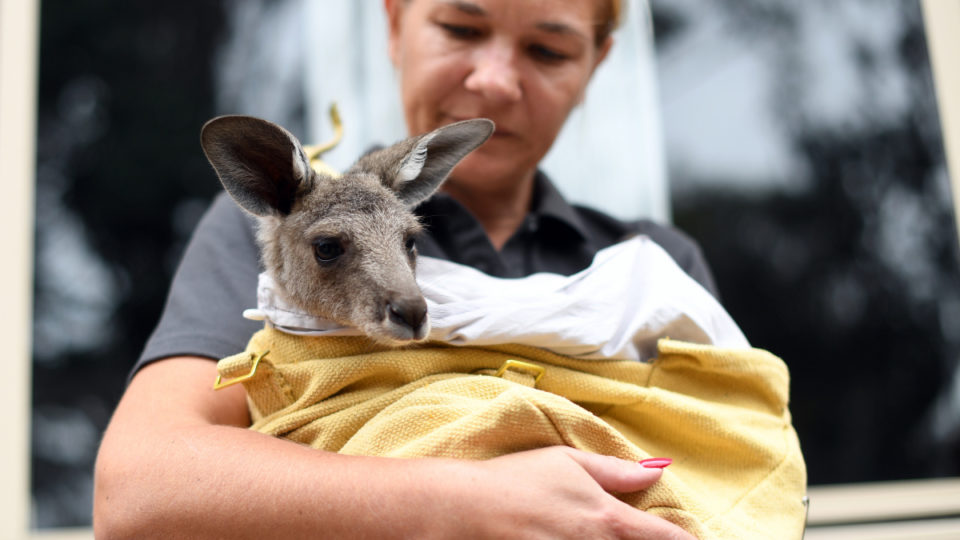 Australia’s ferocious bushfires have taken a devastating toll on wildlife, with an estimated 1.25 billion killed and experts now warning that some species may be pushed to extinction.

That number is certain to grow, with injured animals to be euthanised and survivors likely to suffer from food shortages as a result of the destruction of 10 million hectares of bush habitat.

But rescuers are now warning good Samaritans to think twice about how they help animals because feeding methods could be doing more harm than good.

Videos of cyclists pouring water down the throats of thirsty koalas have gone viral, but this well-meaning gesture may actually be deadly, experts say.

It comes as veterinarians and volunteers are desperately trying to get into fire grounds and in South Australia the government even took the extraordinary step of dropping carrots from planes.

Their mission is urgent: Details of a leaked report published by The Age revealed that some species were likely to already be extinct.

With fires still raging it’s too early to tell just how catastrophic the damage will be, but it is clear that many of the nation’s most vulnerable native animals have been “very badly impacted”, she said.

“These fires are incredibly intense and fast-moving, so most animals (birds, mammals and reptiles) will be killed in the fires,” Dr Davidson explained.

“There will be another group who managed to flee – and might have emerged from underground too early – who will be injured. The first priority is to find those animals and humanely euthanise them.”

However, it is still too dangerous for wildlife rescuers to access many affected areas.

“Where we expect to see animals being brought in for rehabilitation is on the fringes of the fire-ground,” Dr Davidson said.

“The fire-grounds are very dangerous places, so there are a lot of restrictions going on there at the moment.”

Once the fires are out, animals will be at high risk of starvation due to habitat loss, and of being killed by predators including feral cats.

“The habitat’s gone, the food is gone. So the negative impacts will go on for many many weeks if not months,” Dr Davidson said.

“Bush does regenerate, grass does regrow, but whether the landscape will fully recover given the climate is now drier and hotter, we don’t know.”

University of Melbourne ecologist Alan York warned that the future would be grim for Australia’s iconic native animals unless more is done to mitigate the effects of climate change, prevent habitat destruction and protect vulnerable wildlife.

“The scale and magnitude of these fires is consistent with predictions derived from climate change modelling and we can expect to see more frequent, severe and extensive fires in the future,” Professor York said.

“This will increase the risk of extinction among certain species.”

The decline of local populations of rare species due to habitat isolation and loss coupled with increased frequency and ferocity of “extreme environmental events” such as bushfires “does not bode well for the future”, Professor York said.

“It means the long-term survival of our iconic wildlife is likely to require greater levels of human intervention to protect and foster vulnerable populations,” he said.

“While we hear frequent calls for greater firefighting resources, we will also need more resources for monitoring and safeguarding the well-being of our unique animals.”

Social media has been awash with photos and videos of animals suffering from injuries, heat and thirst.

Videos of cyclists pouring water down the throats of thirsty koalas have gone viral, but this well-meaning gesture is not in the animals’ best interests, experts have warned.

“When you offer water, offer it in a container so that an animal can drink naturally,” Dr Davidson said.

In New South Wales, the National Parks and Wildlife Service (NPWS) took to the skies in an attempt to get food to native brush-tailed rock-wallabies in bushfire-ravaged regions.

An endangered species, brush-tailed rock-wallaby numbers had already declined dramatically due to habitat loss prior to this fire season.

However, Dr Davidson warned the general public against leaving the wrong food out for wildlife.

Feeding “has to be done incredibly carefully to avoid doing more harm than good,” she said.

You can do harm by putting food out that attracts not only the animals that you want to see, but their predators. It has to be done in a systematic way.
“There is a place for support feeding until the natural food sources recover, but it has to be done really carefully.”

Instead, the best way to help wildlife is by leaving large, shallow containers of water outside. Include sticks and leaves in the water to give insects a place to land.

Once the weather’s hot everything needs water. You can save a lot of lives just by having a birdbath in your back garden,” Dr Davidson said.
Flying foxes are “long-distance pollinators and forest builders” that will play an important role in the recovery of bushland and forests post-bushfires. However, species such as the grey-headed flying fox have been left vulnerable by deforestation and climate change.

“We have had a catastrophic year for that species. They have died in their tens of thousands from drought and starvation,” Dr Davidson said.

“We’ve had big events where mothers have abandoned their babies, and we’ve had extreme heat days.”

One way to help flying foxes is by removing unsafe nets from fruit trees which ensnare flying foxes and prevent them from accessing a lifesaving food source.

“It’s a disaster because these products are cheap and nasty and trap and kill animals,” Dr Davidson said.

“Any net that you can poke a finger through will trap animals. People don’t know and they put them on their trees.”

How much air is in your favourite bag of popcorn?

Many snack fiends are familiar with the disappointment of opening a fresh bag of chips or another crunchy snack, only to find it half empty. Pumping a package with a cushion of nitrogen helps protect the delicate goods inside, but how much of what you're paying for really comes down to stale air? If popcorn is your snack of choice, the answer is more than half, according to new data […]