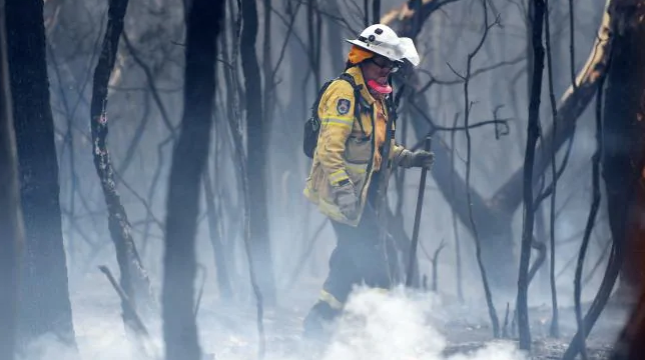 A “global tragedy” is unfolding in New South Wales with almost two million hectares of land already lost to bushfires this season, a nature conservation group has warned.

The “monumental bushfires” are “changing the course of history for nature” in New South Wales, according to the Nature Conservation Council, and the government must do more to save its remaining forests.

“At a time when we’ve lost so much we need to protect what’s left,” the council said in a campaign launched on Tuesday.

More than 7000 bushfires have raged across New South Wales since July in what firefighters have described as the “most challenging bushfire season ever”.

Scientists say the size and severity of this year’s blazes are “unprecedented” and the country is now in “uncharted territory”.

Evidence of the enormous devastation was laid bare in a report released by The Climate Council this week, which said more than 1.7 million hectares of land had been burned across New South Wales since November.

More than 10 per cent of the area covered by the state’s national parks has also been burned, including 20 per cent of the Blue Mountains world heritage area, according to data obtained by The Guardian.

But the CEO of the Nature Conservation Council, Chris Gambian, said at least 800,000 hectares had been lost since July this year.

Of particular concern to environmental groups are the Gondwana Rainforests of Australia, which stretch along the country’s east coast from Newcastle to Brisbane.

The UNESCO World Heritage-listed rainforests span over 370,000 hectares of land and are home to an extensive list of endangered species.

“The outstanding geological features displayed around shield volcanic craters and the high number of rare and threatened rainforest species are of international significance for science and conservation,” the World Heritage Centre says.

Normally the Gondwana Rainforests are too wet to burn, according to the Nature Conservation Council.

But in a statement posted on its website last month, UNESCO said it was concerned for the rainforests amid the ongoing bushfires.

The centre said it was working with Australian authorities to determine the “potential impact of the fires” on the area and was ready to provide assistance if needed.

The Climate Council’s report also said more than 206 heat records had been broken in just 90 days in Australia, but the worst was yet to come.

Help enhance and contribute to our coastline