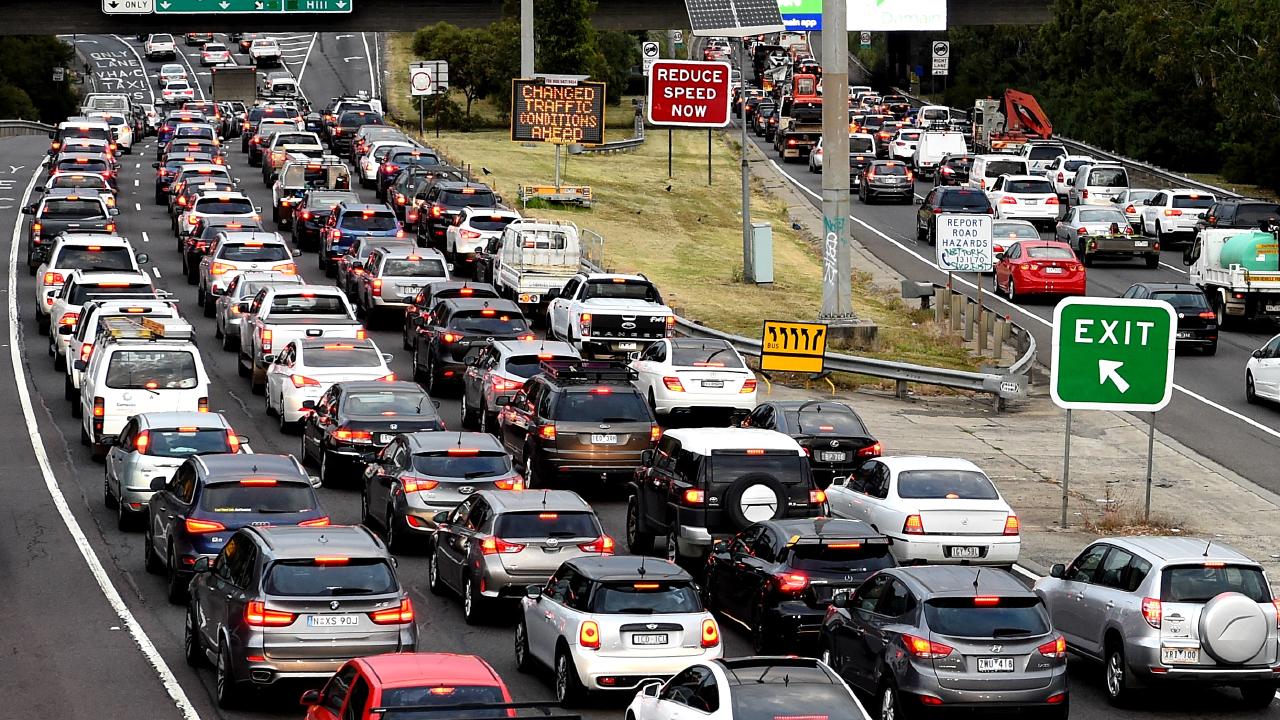 It’s arguably the biggest issue affecting the daily lives of most Melburnians – how long it will take to get to work, school or wherever it is they need to go.

Whether you drive, tram, train or bus it, there are likely to be some days where your journey takes longer than it should, or doesn’t go the way you planned (and if you cycle, well done you – feel free to gloat).

The recent Domain Liveable Melbourne study by Deloitte Access Economics and Tract Consultants looked at a range of factors which affect the liveability of 307 Melbourne suburbs, and then scored and ranked each suburb.

Traffic congestion and access to the train, tram and bus were four of the indicators used to determine the liveability of Melbourne’s neighbourhoods.

It’s no surprise that the highest-ranking suburbs for lack of traffic congestion were on the city’s fringe. The top four suburbs were all in the Frankston area – Langwarrin South, Langwarrin, Frankston South and Sandhurst.

Other top scoring suburbs included Belgrave Heights in the far east, and Burnside near Melton on the western edge of the metropolitan area.

Greg Moran from the Grattan Institute said while these outer-suburbs might have less congestion, many who lived there still had to battle inner-city traffic when driving to work.

“One of the most frustrating things with congestion is reliability,” Mr Moran said. “What a lot of people find is if they have a longer drive to work, and they’re driving in peak times, they have to leave quite a buffer every day because they don’t know whether it’s going to take them 25 minutes or 45 minutes.”

He said there were three types of congestion in Melbourne – the inner-city bumper-to-bumper; slow-moving traffic on major arterial roads such as Eastlink and Hoddle Street; and then more localised congestion preventing people from easily getting out of their own suburbs.

“A city of any size can have its own congestion problems. Congestion is not just a function of the total number of people in the area, it’s about the balance between demand and supply for road space. You can have bad congestion anywhere where that balance goes out of whack,” Mr Moran said.

The study used Uber data to see what the average trip times were in each suburb. Private vehicle movements were not recorded, meaning suburbs with a greater number of Uber trips may have more reliable data.

Mr Moran recently co-authored a report which called for a congestion charge in Melbourne to enter the CBD at peak times. He said while most people who drive into the city lived in the inner, more affluent suburbs, and could potentially afford to pay the charge, they were also the people who had more available alternatives to driving.

“If they’re financially conscious, you may only need a small nudge for them to say ‘I might actually start riding the bike in’ or ‘I might just go down to the tram stop’,” he said. “Increased public transport services would complement something like congestion charging.”

He said public transport projects that were planned or underway, including the Metro Tunnel, were promising for the city’s transport future.

“In terms of investing in alternatives to driving, we’re actually in a really good place in the short to medium term.”

The top suburbs for access to public transport included McKinnon and Spotswood for trains, Carnegie and Flemington for trams and Ormond and Bentleigh East for buses.

The study measured the distance from the centre of suburb to the nearest train station, tram stop and bus stop. It did not take into account the frequency of services or the number of stops and stations in any given suburb.

Suburbs with multiple train stations, for example Camberwell (ranked 48 for trains), therefore did not top the rankings, because their stations were further from the centre of the suburb.

The study also weighted scores for trains, trams and buses differently, in accordance with their perceived importance to the public transport network. Trains were given a full score out of 10, while trams were scored out of seven and buses out of three.

“What that means is: when you get off the train, there should be a bus sitting there waiting to pick you up, rather than having to walk a couple of blocks to then wait another 20 minutes for the bus to arrive. That is not best practice,” Dr Legacy said.

She said more dedicated bus lanes to ensure buses are not stuck in traffic were essential, as well as more frequent services.

“If we can get more people out of single-occupancy cars and into buses, and we have more buses available so people aren’t forced to stand on the bus, then that’s a better outcome.”

At a recent Urban Taskforce event in Sydney earlier this month, Uber Air general manager Natalie Malligan said much of the western world had a strong sense of identification with personal car ownership.

“Even if we could move only a small number of people away from personal car ownership … to a future where we rely on a mix of shared modes – increasingly powered by zero emission electric propulsion … the benefits to our cities and communities would be huge,” Ms Malligan said.

Mr Moran said congestion in Australia’s capital cities was a big enough problem to do something about.

“For too long the standard approach to tackling congestion from government is just to build more roads and build more public transport. We’ve had decades and decades of that investment, and it’s left us with the congestion we have today,” he said.

Here’s an important life lesson: no matter how tough you think your life is there’s always someone who must face challenges that are even tougher than yours. Station sponsors Salon Envy and Men’s Envy like to give back to the community too, via the Hair Aid project. Hair Aid’s mission is to recruit and coordinate volunteer hairdressers to work with organisations in their local community (support organisations, churches, community groups, […]