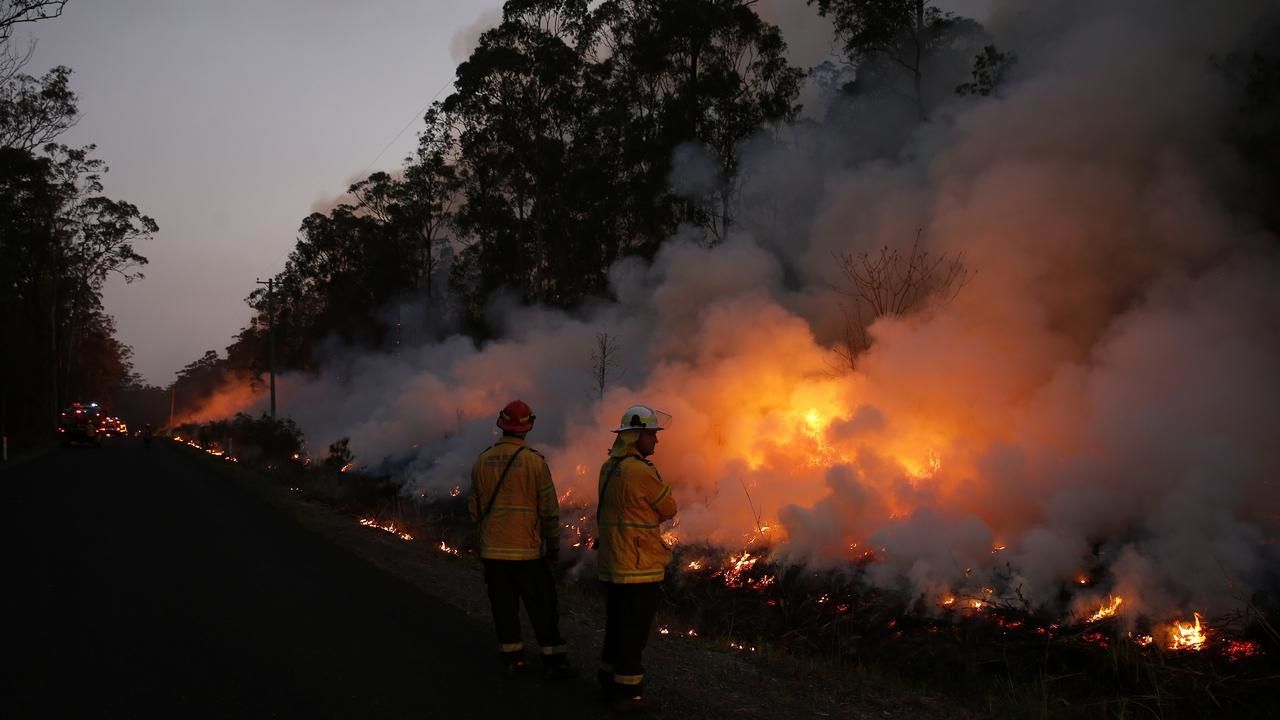 Three people are missing and at least 100 homes have been destroyed in northern NSW as devastating bushfires wreaked havoc in the region.

The news comes a day after unprecedented conditions stretched firefighters battling the blazes on Friday.

“At this stage, it appears at least 100 homes have been destroyed in yesterday’s bush fires. Three people are unaccounted for,” NSW Rural Fire Service tweeted on Saturday morning.

“More than 30 people have been injured.”

There were still 77 bus or grass fires burning in NSW with 42 uncontained, the fire service said.

It has urged people affected by the fires on the north coast and northern NSW areas or knowing someone who is to register with the Red Cross.

Earlier, there were reports of people trapped in their homes.

The RFS previously said that many people have called for help but the size and speed of the fires means they can’t get to everyone.

Emergency warnings have been issued from the Blue Mountains to the Queensland border.

NSW Rural Fire Service Commissioner Shane Fitzsimmons on Friday said there were preliminary reports of minor injuries to both firefighters and members of the general public.

He said they were dealing with a very dynamic, volatile and dangerous set of circumstances.

“We are in uncharted territory … we’ve never seen this many fires concurrently at emergency warning level,” he said.

MidCoast Mayor David West, who lives in Brimbin, said that he had never seen anything like the fire in his area.

“I’m looking at a sky that’s screaming danger, that’s saying ‘get out of my way, I’m going to kill you’,” he told AAP on Friday night.

“I know that sounds melodramatic but it’s not. This is a fire that’s devouring everything in its path.”

Mr West said he’d heard from people in the Bobin area who were suffering, as well as unconfirmed reports of property loss.

There should be a brief reprieve in conditions as temperatures cool over the weekend, but temperatures are expected to rise significantly from Monday.

Join the crew for the first edition of Mornington Peninsula's very own Bowls Show live from the RPP Studios. Please excuse the croma key over Phil's Mt Eliza jacket