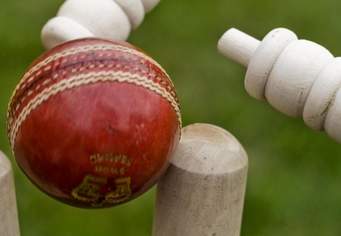 The start of the penultimate round of Bendigo Community Bank’s MPCA cricket coverage returned more fascinating results.
Following the wonderful success of the country week there were a few sore heads and bodies for Saturday’s play. Baxter were chasing another win to skip into fourth place and had to contend with ladder leader Langwarrin. Spin bowler Yolanda led the way with 4-22 as Langwarrin we’re dismissed for 135. In reply Baxter slumped to 4-31 overnight. The battle of third and fourth between Peninsula Old Boys and
Mornington saw the Mornington tail wag to post 174 thanks largely yo Michael Herb and Matt Bates.
The battle for fourth in Peninsula Division is well poised.  Red Hill crashed to be all out for 98 under the sustained pressure applied by Somerville then took early wickets as Somerville sit on 6-65 as Lincoln Toy took later wickets.
In District, Rye crashed to be all out for 75 with country week players Billy Quigley and Pat Nagel taking 19 wickets between them. Rosebud have amassed a first innings lead of 71.
In Sub-district the five teams in the battle for the four all faired well.  Boneo removing Balnaring for 119 with skipper Leigh Jansen taking 8-52. Tootgarook have first innings points over Ballam Park and both Carrum and Carrum Downs hope they have enough on the board with 180 and 207 respectively.
Next week the RPP FM Bendigo Community Bank Match of the Day will be at Mt Eliza where the home team will chase Pearcedale’s 166.
WATCH IT LIVE WITH RPP FM YOUTUBE
Words: Neil Williams

RPPFM – Your Voice on the Peninsula   RPPFM 98.7FM & 98.3FM Frankston
Livestream on www.rppfm.com.au  Download the app and never miss a show!