Residents from the Mornington Peninsula can begin planning their Queen’s Baton Relay (QBR) experience with the street-level detail and community celebrations now available to explore at gc2018.com/qbr

The baton will be at the Frankston Waterfront Festival on 11 February and it will go to Sorrento on 12 February and will travel over to Queenscliff to continue on the journey through the state. Sorrento Park will be full of fun including activities and entertainment, free community morning tea followed by the official ceremony with the baton.

“We encourage the local community to support our local batonbearers by cheering them on. “This is a once in a lifetime event and something not to be missed!”.

After travelling an astonishing 288 days throughout the Commonwealth, the Queen’s Baton will arrive in Brisbane on 24 December, having shared the dream of Gold Coast 2018 Commonwealth Games (C2018) with over one third of the world’s population.

From Christmas Day until 24 January 2018, the Queen’s Baton will be shared with thousands of Australians at popular summertime events, iconic locations and children’s hospitals around the country.From 25 January, the QBR will shift gears to a more traditional relay, where the Queen’s Baton will celebrate Australia Day, before continuing in the hands of approximately 3,800 batonbearers through every state and territory.

The Queen’s Baton will arrive on the Gold Coast for the XXI Commonwealth Games Opening Ceremony on 4 April 2018, where His Royal Highness The Prince of Wales will remove Her Majesty’s message from the Baton and read it aloud to declare the Games officially open.

Find out when and where the Baton will be in the Mornington Peninsula at gc2018.com/qbr
Story & Pic from Morn Pen Shire Media Office 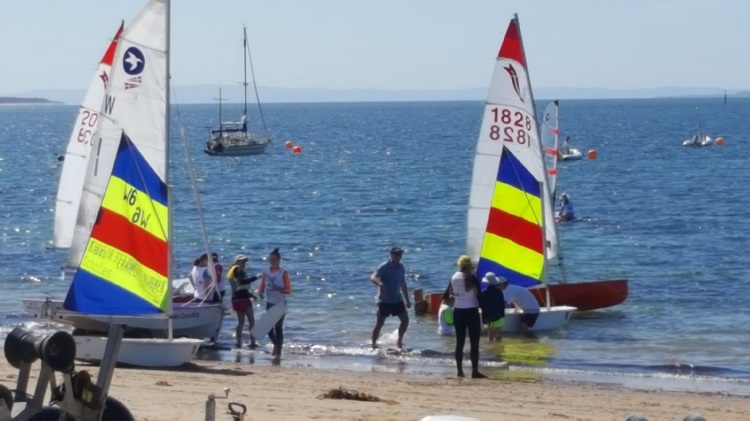 Summer of Sailing: All aboard for serious fun

Thanks to Red Hill Bakery, RPP FM proudly brings you the Summer of Sailing series across the Mornington Peninsula. From McCrae to Somers, from Mornington to Frankston, yachties can listen in on 98.7FM & 98.3FM Frankston and watch the series LIVE via RPP FMs YOUTUBE channel. While this won’t be on the level of an Americas Cup coverage – RPP FM is trialling broadcast packages and will roll out commentary […]