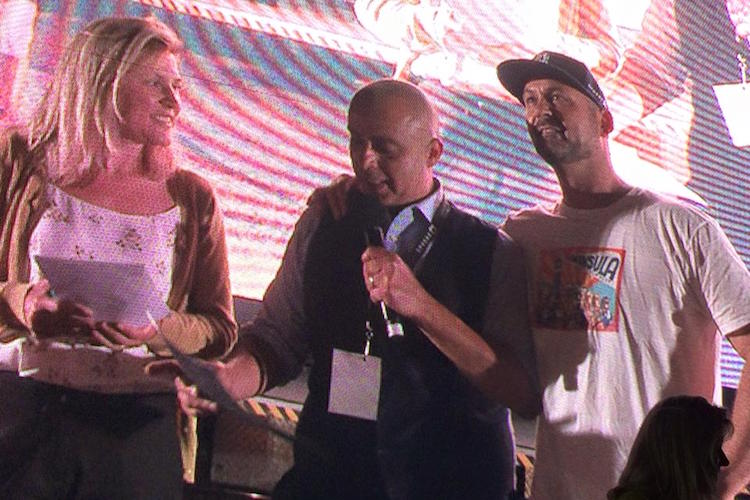 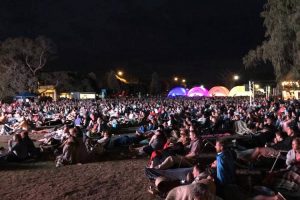 RPP FM local radio set the scene across the Peninsula airways on Saturday evening when three local presenters took listeners on a journey of frivolity and wonderment.

Sally Baillieu, RPP FM presenter of her Arts About program, Jacki Mitchell, presenter of Taking Care of Business and Tracee Hutchison, presenter of Wordy Rappinghood did a sterling job providing three and a half hours of live coverage of the 6th annual Peninsula Short Film Festival (PSFF) on the Village Green Rosebud last Saturday.

One of the highlights of the evening for listeners and the three girls was interviewing Australian Film Director, producer and screenwriter Fred Schepisi and his wife Mary, patrons of the short film festival.

Fred agrees the standard of short films is outstanding. “It’s wonderful to acknowledge and showcase the talent of upcoming Australian filmmakers, producers and actors through the Peninsula Short Film Festival, an event that grows every year.”

Sally, Jacki and Tracee also invited VIP’s and ‘A-listers’ to the microphone. They included TV and screen actors, short film producers, scriptwriters, public figures, the ‘could-have-beens, the should-have-beens and everyone in between.

WINNERS ANNOUNCED ON THE NIGHT –

A drone hovered overhead most of the night to capture the excitement of an estimated 7,000 people. The event draws crowds locally and Australia-wide.

Acknowledgement and a huge appreciation goes to Sally, Jacki and Tracee for an entertaining coverage. Their professional approach and performance was of national standing.

A special thanks to Steve Meyers for his tech support and others who worked behind the scene to broadcast an A Class broadcast.