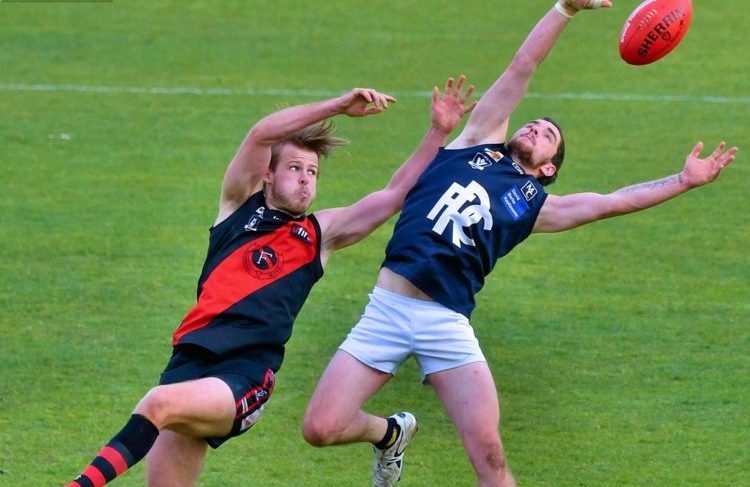 FRANKSTON proved its excellent run to the Nepean League minor premiership was no fluke when it outclassed Rosebud by 45 points in the Telstra Stores Mornington and Rosebud Second Semi Final at RJ Rowley Reserve on Saturday.

The Bombers booked the first ticket to the Grand Final at Frankston Park on September 10 with a dominant start to finish performance against the reigning premiers, who were never a realistic chance with their best two goalkickers subdued and star captain Greg Bentley missing a second consecutive game with a hamstring injury.

At the other end, it was the key forward show, as midseason Mulwala recruit Luke James put on a show to kick five goals and set up several others for Michael Maiorino and James Degenhardt (two each) on his way to winning the Mornington Peninsula Brewery Man of the Match award in a crucial contribution considering leading goalkicker Zac Longham was being well held by Matthew Baker. 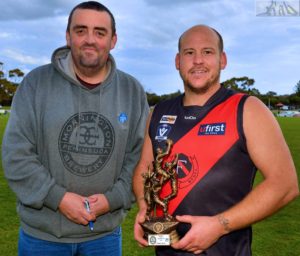 After Robert Bos kicked the opening goal of the game for Rosebud, it quickly became clear Frankston was up for the fight as it controlled the rest of the quarter to eke out a nine-point advantage on the Bendigo Community Bank Scoreboard at the first break. 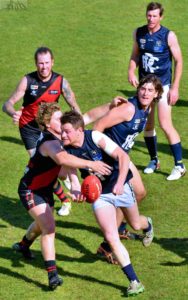 With Buds Keegan Downie and Ben Schultz being held goalless as Ryan Marks-Logan and Jarryd Amalfi dominated out of the defence for the Bombers, Frankston extended its advantage to 21 points at the Balnarring Heritage Tavern half-time break and 25 at the final change to appear certain Grand Finalists.

Ryan Kitchen and Ben Dwyer produced a ding-dong battle in the ruck in one of the highlights of the match, but it was Kitchen’s midfielders led by Brian O’Carroll and Sam Fox who took the upper hand.

Dale Stephens did his best to keep Rosebud in the contest with three goals, while Ryan Spooner, Jackson McRae and Brenton Payne also performed well, with the Buds kicking two quick goals to start the final term to get within 11 points and raise hopes. 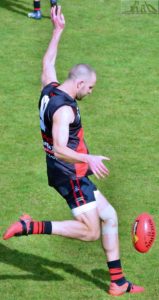 But Frankston was having none of it and charged away with seven of the last nine goals to march into the decider just 12 months after winning only five games in the 2015 season.

MT ELIZA left an injury-riddled Pines teetering on the brink of oblivion with a 61-point flogging in the Peninsula League Qualifying Final at Frankston Park.

The Pythons went in without star centre half-forward Tim Bongetti, gun full back Jack Fisher and star midfielders Luke Houldcroft and Paul Scanlon, and it showed.

The Redlegs had a point to prove after exiting their past two finals series in straight sets, and after edging to a 12-point lead in a tense first-quarter struggle, they exploded in the second term.

Robert Turnbull had managed just two goals for the season but cut loose with four majors before half-time in a best-on-ground performance as Mt Eliza piled on six unanswered goals in the second term to lead by 50 points at half-time and leave Pines languishing on a paltry 0.3 at the main break.

In fact, the Pythons had just two rushed behinds on the board before Damien Plane missed a shot at the 25-minute mark of the second term for their first score off the boot, with turnovers cruelling them as Mt Eliza turned up the heat.

Young wingman Brodie Shaw produced a breakout game to provide plenty of drive for the Redlegs, while Ben Landry on the other side, Matt Stanley in the middle and James Anwyl down back ensured Pines could make no inroads.

Pines did lift in the second half, led by former AFL player Aaron Edwards, who played a lone hand across four quarters and was finally rewarded with five second-half goals in a performance that ensured his team wouldn’t suffer an even more embarrassing defeat.

The Pythons kicked their first goal through Plane with 7.25 on the clock in the third term and added another within a minute, but Mt Eliza quickly shut down any thoughts of a recovery, finishing with six goals to three for the term to blow the margin out to 67 points turning for home.

Jordan Capkin was the instigator with three goals for the quarter and four for the match, while Rohan Heasley, Nathan Ryan, William Mace and Daniel Gormley also ran riot.

Edwards slammed on four goals in 11 minutes early in the final quarter to put some respectability on the board, while Adam Marriner, Aaron Ludewig, Beau Hendry and Brad Kiely also tried hard.

But Mt Eliza put the final exclamation mark on the result with three of the last four goals to earn a shot at Frankston YCW in the Second Semi Final and leave Pines needing a quick bounce back to avoid a straight sets exit from the finals.

IT’S NEPEAN LEAGUE PRELIMINARY FINAL AND NETBALL GRAND FINAL DAY FOR THE TELSTRA STORES RPPFM MATCH OF THE ROUND ON SATURDAY, WITH ANDREW KELLY AND MICHAEL VOSS HEADING TO BUNGUYAN RESERVE FOR THE SHOWDOWN BETWEEN ROSEBUD AND HASTINGS.

THEN BRENDAN RHODES AND MICHAEL VOSS WILL BE AT FRANKSTON PARK ON SUNDAY TO SEE IF PINES CAN KEEP ITS SEASON ALIVE OR IF BONBEACH WILL CONTINUE A CHARGE THROUGH THE FINALS IN THE PENINSULA LEAGUE FIRST SEMI FINAL.

JOIN US FROM 1.45PM ON BOTH DAYS ON RPPFM 98.7, RPPFM.COM.AU, THE RPPFM APP – AND KEEP AN EYE ON OUR FACEBOOK PAGE AS WE CONTINUE TO TRIAL LIVE STREAMING OF THE ACTION ON RPPFM – YOUR VOICE OF PENINSULA FOOTY. 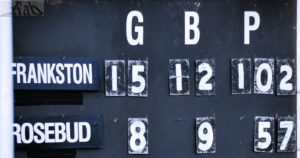 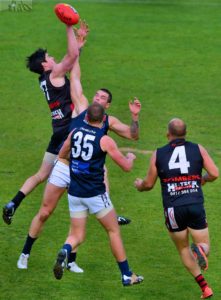 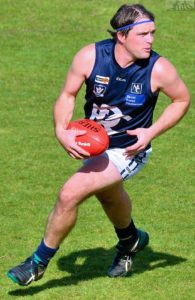 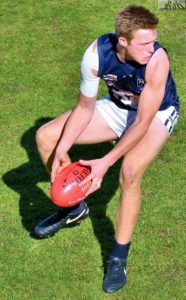