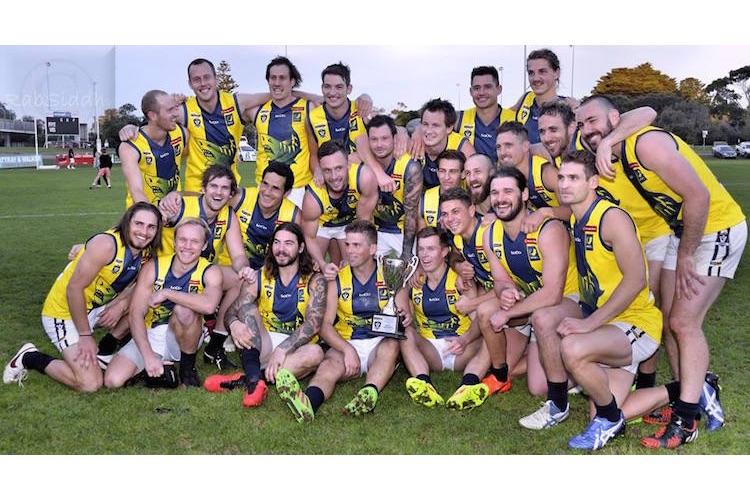 MORNINGTON Peninsula-Nepean earned a crack at the title of best football league in Victoria with a convincing 30-point victory over the Northern League in the Worksafe Victorian Community Championships 3v4 clash at RJ Rowley Reserve on Saturday. 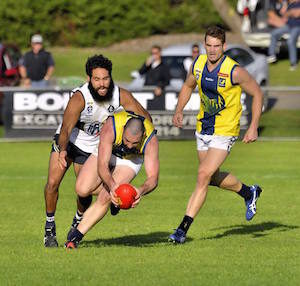 In the Telstra Stores RPP FM Match of the Day, it was a blistering eight-goal second quarter that won a showdown with long-time champions Geelong, which outclassed the Eastern League by four goals to expand its bragging rights from country to state champions.

With the metro leagues being integrated into the competition this year and MPNFL bringing its interleague program back together, it was a new-look Sharks outfit in a new-look competition, and after a slow start, the locals stamped their authority on the game. 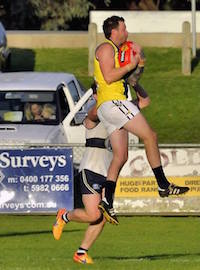 Trailing by 16 points on the Rye Hotel Scoreboard after Ben Fennell kicked the first goal of the second quarter for Northern, MPFNL cranked the engine into gear, with Tim Bongetti, Justin van Unen and Dale Sutton goaling in quick succession to take the lead.

The visitors responded with two of their own in the space of 90 seconds, only for the Sharks to blow the game open with five goals in six minutes – Tim McGenniss, Dan Gormley, Beau Cosson and Aaron Edwards twice blitzing the home team out by 21 points at half-time.

When James Cameron and Paul Minchington added to the scoreboard early in the third quarter, it was out to 34 points and it looked a matter of how far MPNFL, especially with Mornington Peninsula Brewery Man of the Match Byron Barry in dominant touch floating across half back and through the middle, Bongetti carrying his excellent club form into the representative arena and Dylan Jones, Luke Potts, Brenton Credlin, Gormley and Cosson also making their presence felt.

But Northern wasn’t ranked in the top four leagues in the state for no reason, and the Diamonds charged back into contention with the next four goals either side of three quarter-time to get back within nine points.

With all the momentum, the match was set up for a grandstand finish, but just as it did when challenged in the last term by Ovens and Murray last year, MPNFL stepped it up a notch again, booting seven goals to four from that point on to run out convincing winners.

THE MPNFL’s second string team slipped to No.17 in the state rankings after suffering a narrow 10-point loss to AFL Yarra Ranges at Healesville Reserve.

After an evenly-matched first half which saw the scores locked together at quarter time and the home team leading by just two points at the main break, the Sharks managed just one behind in the third quarter to 3.3 as Yarra Ranges edged out to lead by 22 at the final change. 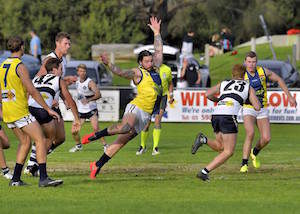 MPNFL made one last effort to haul in the deficit in the last quarter with five goals to three, but the Sharks had conceded too big a gap and Yarra Ranges held grimly to claim the No.14 ranking for next year’s interleague fixtures.

Ryan Marks-Logan and Ethan Rahilly were in fine fettle for MPNFL and found plenty of support from Adrian Speedy, Jonah Siverson, Rohan Hogenbirk and Blake Harkness, while Zac Longham and Jack Hazendonk kicked two goals each.

The result leaves the MPNFL facing a 17v18 showdown with another Geelong region league in Bellarine, which sent a warning shot with an 80-point belting of the previously higher-ranked Heathcote and District.

NEXT WEEK’S TELSTRA STORES RPP FM MATCH OF THE WEEK HEADS TO EMIL MADSEN RESERVE FOR THE PENINSULA LEAGUE BLOCKBUSTER BETWEEN MT ELIZA AND FRANKSTON YCW.

CAN LAST YEAR’S MINOR PREMIER REDLEGS GAIN A SMALL SLICE OF REVENGE AGAINST THE PREMIERSHIP WINNING STONECATS, OR WILL YCW CONTINUE ON ITS MERRY WAY?

JOIN ANDREW KELLY, MICHAEL VOSS AND THE TEAM FROM 1.45PM ON RPP 98.7FM or live stream from the rppfm.com.au