OB at MYC Regatta this weekend 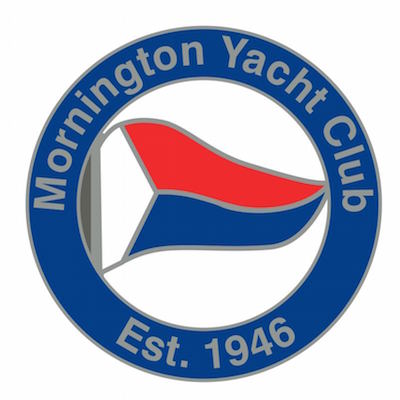 Starting at 9am this Sunday, RPP FM presenter Bob Phillips will take his Late, Late Brekky Show with other RPP FM ‘salties’ down to Mornington Yacht Club.

The live Outside Broadcast will cover the Yacht Club’s 2016 Victorian Junior & Youth Championships, the biggest youth sailing event in Victoria.

The regatta event will sail over this weekend with races commencing at 12.30pm Saturday and 10.30am Sunday.

The Club is also celebrating its 70th anniversary year.

With humble beginnings in 1946 when eleven local boating enthusiasts set up the club, leasing an ex Army hut close to the pier from the council, this vibrant club now has 750 members. 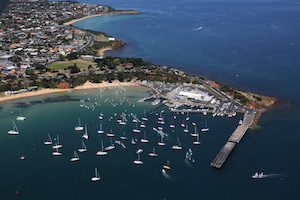 Over the years Club members have won around twenty State and five National Titles and one World Championship. The Club has also hosted several State, National and one World championship. Not all the sailing at Mornington is ultra competitive as the Club runs a hugely popular Thursday evening twilight series in summer.

The Heavyweight Sharpie was introduced in 1947 and served as the backbone of the Club for the next ten years. Interclub sailing took place between Black Rock, Mordialloc, Chelsea and Frankston Yacht Clubs. The Sharpie era culminated in the Club holding a very successful State Championship in 1951.

In the early days there was limited training for junior sailors other than learning the ropes as a bailer boy in Sharpies. This all changed in 1956 with the introduction of the Sabot as a training boat for juniors which was supported by a home building programme. This established the foundation for today’s Club and introduced hundreds of boys and girls to sailing as a sport. For many years the Sabot fleet was the largest in the State and Mornington members were very successful winning six State Titles and two Australian Championships. In the past ten years or so the Sabot has been replaced by the Optimist with similar success.

In 1964 Club membership stood at 156 but following a grant to the Club of a portion of reclaimed land adjacent to the pier a new clubhouse was built. Membership rapidly increased and new classes were introduced including the Gwen 12, Cherub, Fireball and the Mirror dinghy as a family class. The first Flying Fifteen in Australia sailed at Mornington and became one of the major classes at the Club. Several are still sailing today and share the hard-stand area with a competitive fleet of Etchells.

In the mid 1950’s a strong keelboat fleet developed at the Club and ocean racing flourished with   Mornington yachts winning Divisions of the Sydney to Hobart, Queenscliff to Devonport, Melbourne to Hobart and Sydney to Noumea ocean races. Keelboat racing is still important today with weekly races for two divisions of keelboats and for the strong trailable yacht fleet which continues to grow each year. 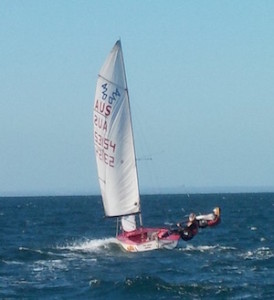 In 1999 Club members established a Sailability programme which provides sailing experience for people with disabilities. A participant in the programme has won a Victorian Championship and sailed successfully in National and International events.

Training programmes are also run for local schoolchildren and indeed for anyone, at any level, who desires to learn to sail.

Seventy years on and Mornington Yacht Club is a vibrant, active member of the Mornington community.