Big year ahead for RPP FM 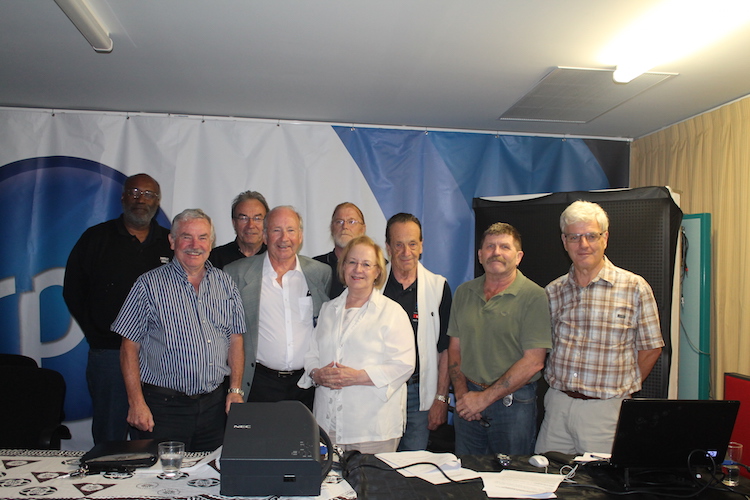 This year’s 98.7 RPP FM Annual General Meeting held on the Sunday, was well attended by members at the RPP FM studios in Mornington.

Station Manager, Brendon Telfer shared the successes and achievements the station reached in 2015 and shared challenges, plans and opportunities for the year ahead via a Powerpoint presentation.

“The production value of our programs, the number of volunteer hours put in and the way the radio station is beginning to sound is second to none.” He continued to praise the team behind Outside Broadcasts, sporting programs and live performances adding, “They are seamless, high quality entertainment and good value radio.”

Brendon presented past trends through graphs indicating the increase in the average hours of streaming from 2010 to now. “I believe we are seriously a real local radio station playing very strongly into our community and that’s a very important distinction. We need to get out in the community more and let people know we are here.” He pointed out main plans ahead which include continuing to respond to technology challenges and digital space, invest in new programs, improve communication, pursue an aggressive marketing campaign and consolidate partnerships. “We have to understand our demographics more and invest in new programs.”

Treasurer John Fraser ended the meeting describing the year from a financial point of view as ‘fairly unremarkable’ with the exception of an exceptionally good sales year. “We will continue to address the way we do business to increase revenue to be the best radio station we can be for the community,” he concluded.

Thank you to all who attended the AGM and let’s all be proud of what we have achieved in 2015 and we all look forward to providing the best local news coverage, sports, music and entertainment programs for our listeners.

After the meeting, members retired to the boardroom to chat with fellow presenters and enjoy the company of the RPP FM family.

98.7 RPP FM is your Voice on the Peninsula

BOB & DEBRA RACE AGAINST DEMENTIA Young families and people of all ages joined in the Memory Walk & Jog on Sunday at Point Nepean National Park to help raise funds and awareness of dementia for Alzheimer’s Australia Vic. Bob Phillips, presenter of the Late, Late Brekky Show along with ‘stand-in’ guest/co-host and RPP FM presenter Debra Mar, packed up their kit bag to broadcast live from the National Park. […]