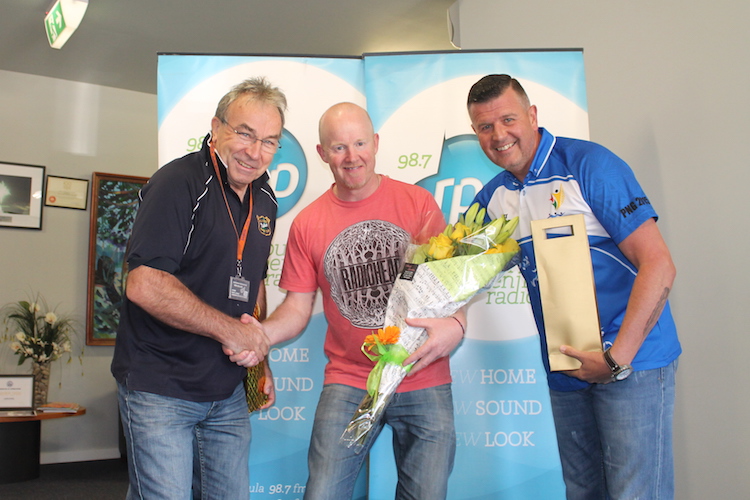 One of RPP FM’s charismatic characters ‘radio head’ presenters is calling it a day after broadcasting his last breakfast program The Breakfast Scoop this week after 4½ years of live radio.

Peter Smedley, fondly known around the RPP FM corridors as ‘Smeds’ has been part of the local radio station for over 8 years. He commenced his presenters days with a music program ‘Shake It, You Won’t Break It’ which his nephew Paul Satur now broadcasts.

The Breakfast Scoop has been one of RPP FM’s most popular, successful and listened to programs on the Peninsula. Smeds held back tears as he named and thanked his weekly guests who appeared on the program which included:

Bluey (who doesn’t want his real name revealed) talked AFL football and provided his weekly tips, Dave, the ‘cow cocky’ was Bluey’s ‘man on the bench’ who had strict instruction to leave his gumboots at the front door, Mark, The Planet Saver and Brother Ray who banged up a weekly surfing report.

Smeds sponsors who supported The Breakfast Scoop over the years included, High on Fruit and Gourmet on Main in Hastings, Studio2Fitness Hastings, Heritage Tavern Balnarring, Dava Hotel and others.

Brendon Telfer interrupted the program to respond to Pete’s declaration saying, “You have been a sensational asset and presenter of RPP FM. Your loyalty and commitment has been outstanding and you have set a high standard at the station.”

We’ll miss you Smeds with that witty, warped sense of humour, quirky off beat music and your real ‘grass roots’ program.

Good Luck from all the RPP FM management, presenters and staff.

See you around the traps!